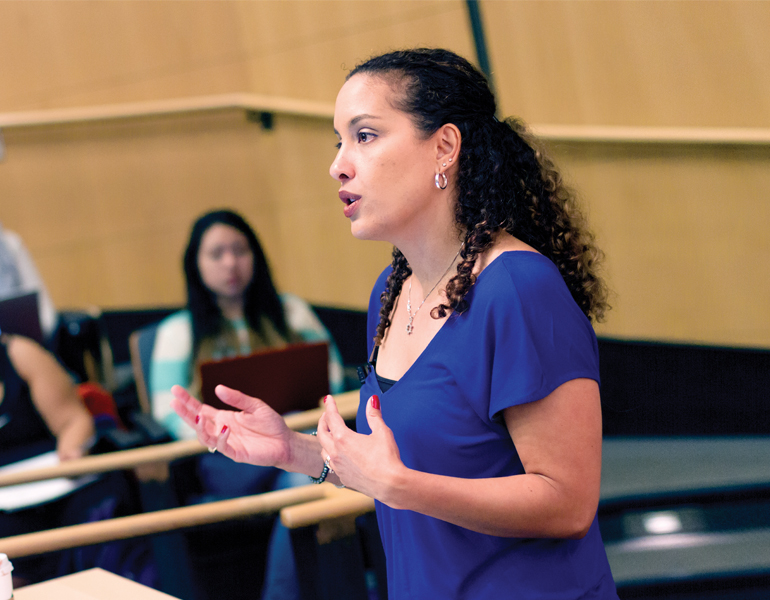 Criminals are meant to pay their debts to society through sentencing, but a different type of court-imposed debt can tie them to the criminal justice system for life. The problem, says sociology professor Alexes Harris, is that defendants are charged for everything from DNA samples to electronic monitoring devices, jury trials, and even room and board while incarcerated—fines and fees that few prisoners have the resources to pay. Harris has conducted extensive research on court-imposed fines in Washington state.

Fines have always been imposed in the U.S. criminal justice system, but states began ratcheting up fines and fees in the 1990s and 2000s to help pay the costs of a swelling incarceration system. Fees can now add up to thousands of dollars, and those who fail to pay are routinely jailed. “The system marks poor individuals for life,” says Harris. “They become prisoners of debt.” In her recent book, A Pound of Flesh: Monetary Sanctions as Punishment for the Poor, she points out that this is an issue of inequality, as the fines and fees fuel race and class disparity.

Building on her research in Washington state, Harris is now leading a five-year research project on monetary sanctions in eight states, funded by the Laura and John Arnold Foundation. As a key player in efforts to develop a national agenda policy around this issue, Harris also recently chaired a panel at a Department of Justice convening on fines and fees, and spoke at the White House about poverty and the criminal justice system.

You can advance meaningful research in areas from equity to social justice to human interactions by donating to the Friends of Sociology Fund.
Give Now
You can support Arts & Sciences faculty, empowering their work to elevate human knowledge, develop solutions to pressing problems, and drive innovation.
Give Now

As many as 50,000 African elephants—about 10 percent of the elephant population—are killed each year for their ivory, driving the iconic animals toward extinction. Sam... END_OF_DOCUMENT_TOKEN_TO_BE_REPLACED

The Sephardic Jewish community faces a cultural turning point. As the last generation of native Ladino (Judeo-Spanish) speakers leaves us, their language and literary history... END_OF_DOCUMENT_TOKEN_TO_BE_REPLACED

During El Salvador’s brutal civil war, more than 7 5,000 civilians were killed, mostly at the hands of the government and its paramilitary adjuncts.  Two... END_OF_DOCUMENT_TOKEN_TO_BE_REPLACED

While you’re reading this, your brain cells are talking to each other. Biology professor Bingni Brunton would like to eavesdrop—sort of.  A computational neuroscientist, Brunton... END_OF_DOCUMENT_TOKEN_TO_BE_REPLACED