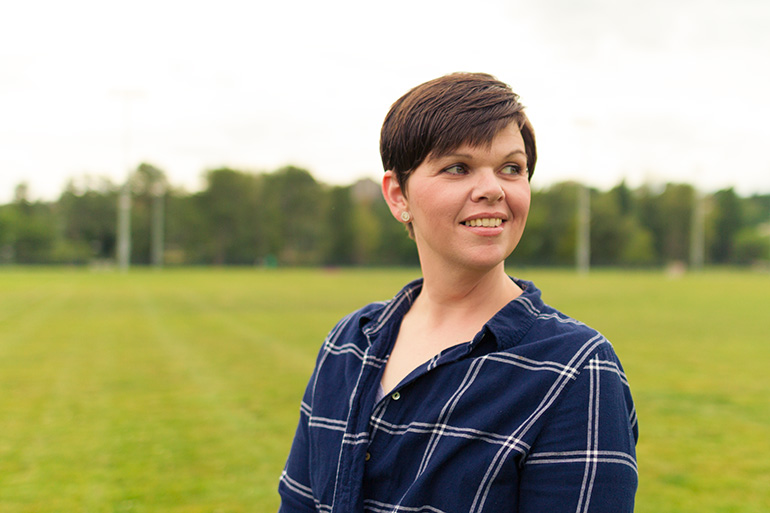 No one would describe Jennifer Smith as a traditional college student. The mother of three, who left school after ninth grade, worked as an assistant racehorse trainer for 14 years before finding her way back to academia. Now Smith, with majors in history and comparative history of ideas (CHID) and a minor in American Indian studies, has been named the Dean’s Medalist in the Humanities. The College of Arts & Sciences awards the Dean’s Medal to one exceptional graduating senior in each of its four divisions.

Smith transferred to the University of Washington from Green River Community College and discovered a passion for research while participating in the UW’s Summer Institute in the Arts and Humanities. Through her research, she has combined her interests in history, politics, Indigenous communities, and horses, with a sophistication that is “more like an advanced graduate student rather than an undergraduate one,” according to research mentor María Elena García, professor and director of CHID. Her passion for research led her to mentor other undergraduate students, working with the UW Undergraduate Research Program.

Smith has received numerous scholarships along the way, including two Mary Gates research scholarships, an Early Identification Program Presidential Scholarship, the History Department’s Faye Wilson Scholarship, a CHID Research Scholarship, and the Thomas Powers Paper Prize. “I cannot begin to express my gratitude for all of the scholarships and awards I have received during my time at the University of Washington” she wrote. “It is truly an honor, and for a woman who never graduated high school and was out of school for two decades, the attention and recognition feels very surreal.”

Though she has graduated, Smith has not left the UW. This fall she will rejoin the Department of History as a graduate student working toward a PhD. “Over the course of the time I have known her, Jennifer has gone from wondering if she belongs in the academy to exploring ways to remake it,” says García. “She is poised to make serious contributions to histories of Indigenous peoples, the environment, and the U.S. West, and to the critical study of race, gender, and species.”

Read the full story in the Arts & Sciences newsletter, Perspectives

You can empower students like Jennifer by supporting undergraduate scholarships, ensuring that regardless of means and background, the most promising and dedicated students are granted meaningful educational and research opportunities at the UW.
Give Now
You can give to students in the College Arts & Sciences to create transformative opportunities that help prepare tomorrow’s leaders, ensuring a brighter future for Washington and the world
Give Now

When Marissa Pighin was diagnosed with ADHD at 17, the only proposed solution was medication. Pighin, now a UW psychology honors student, believes there is... END_OF_DOCUMENT_TOKEN_TO_BE_REPLACED

After seeing a caterpillar transform into a butterfly in second grade, Jesus Martinez-Gomez fell in love with biology and the beautiful science of living things.... END_OF_DOCUMENT_TOKEN_TO_BE_REPLACED

Once a homeless youth with a devastating addiction to drugs and alcohol, Mark Bennett has overcome countless impediments and is on route to a bachelor’s... END_OF_DOCUMENT_TOKEN_TO_BE_REPLACED

A Shared Passion for Dance