When Priya Uppal was accepted to the University of Washington, she anticipated feeling nervous and excited during her first weeks as a college freshman. What she did not anticipate was that she’d spend those weeks in Spain, working on group projects and rubbing elbows with the dean of the College of Arts and Sciences.

Uppal was one of 60 entering freshmen and four upperclassmen who studied in León, Spain this summer through the Center for 21st Century Liberal Learning (C21) fellows program. C21, an Arts and Sciences initiative, encourages students to take a more active role in their UW education.

Inviting freshmen to study abroad before they even set foot on campus was a bold approach, but one with purpose. “One goal of the C21 fellows program is to build a strong community explicitly around learning,” says Kevin Mihata, associate dean for educational programs in the College of Arts and Sciences.  “We knew that going abroad would promote community, with bonding and shared experiences that the students could refer to throughout the rest of their time here. We also wanted students to develop their ability to see different perspectives and understand the lenses that we all bring to new experiences. It’s much easier to recognize those when you move out of your own context.”

Freshman Alvaro Contreras agrees. “Being able to experience a different culture through immersion and interaction has definitely allowed me to look at things with a new perspective,” he says. “Before, I was somewhat close-minded. Now I am now more accepting of the beliefs and values of others.”

When Contreras first heard about the León trip, he wasn’t sure he wanted to participate. After all, he hadn’t yet taken a single UW course, hadn’t met with an adviser, and hadn’t decided on a major.  But that was exactly why C21 scheduled the trip before autumn quarter.  The staff felt that the hiatus between high school and college would be an ideal time to reach out to entering freshmen.

Between high school and college there is a moment where students expect something to be different, where they’re open to learning about what college is going to be. ...We want them to be intentional learners from the outset.

“Between high school and college there is a moment where students expect something to be different, where they’re open to learning about what college is going to be,” says Mihata. “If the message they get is that college will be in many ways like high school—focusing on grades, checking off boxes—then that colors the way that they approach everything else after that. Our goal is to interrupt that thinking and help students understand how the UW is different from high school. We want them to be intentional learners from the outset.”

Intentional learning is a phrase that comes up frequently with C21. It refers to the practice of identifying and pursuing one’s intellectual passions, and making connections between those passions and coursework rather than just completing requirements for a major. Simply put, it’s about taking ownership of your education.

A&S Dean Robert Stacey, who spent a week with the C21 group in León, explored the idea of intentional learning often in his conversations with students. “To have our dean come at the beginning of the trip was just an unforgettable experience,” says freshman Joshua Dawson. “He spoke about following your passion, …following where you want to go, because that’s how he got to where he is. He says he still asks himself those questions on a daily basis.”

In more traditional lectures, Stacey introduced students to his own intellectual passion: medieval history. He presented lectures on the history of Spain, the history of León, and the history of the university as an institution. He also provided an insider’s perspective on the University of Washington, including its unique strengths and challenges. “He was so genuine with us,” recalls Contreras. “He interacted in a way that made us feel important and understood. I could tell that he genuinely cared about our well-being.”

Stacey’s lectures informed several student projects. For one assignment, students researched historically significant sites in León that Stacey had mentioned; later they made connections to sites in nearby Salamanca during a day-long field trip. They were given few parameters, encouraged instead to think for themselves. “A lot of the projects were open-ended, which really threw the students for a loop at first,” says Cynthia Caci, C21 assistant director. “Most of them were used to teachers telling them exactly how they wanted things done.”

The students worked in small groups, as they did for all C21 assignments. The value of collaboration was a key message throughout the program. “We want them to see that innovation and creativity are products of interaction with a group as much as they are products of individual insight,” says Mihata. “We want them to recognize how much of their intellectual potential is actually located within the people with whom they work, in whatever form.” Beyond that, the students discovered that group work can be, well, fun. “It was awesome how it forced you to meet new people,” says Uppal. “I made lots of new friends that way.”

Although León remained home base throughout the three-week program, there were short stays in Picos de Europa, a national park where the students did a brief service project, and Madrid, where they wrapped up with a final project that built on previous work. Their Madrid assignment: to view the city through the lens of a conceptual dichotomy of their choosing, such as sacred/profane or classic/modern. “That was my favorite group project,” says Uppal, “because we had complete freedom to explore the parts of the city that were significant and relevant to our projects.”

Back on campus, the C21 fellows will continue to meet weekly with C21 staff, extending the conversation about intentional learning that began in León. “Most of them haven’t fully thought about what it means to be intellectually passionate about something,” says Mihata. “They may say ‘This is what I want to be when I grow up,’ but that’s different than saying ‘I’m really fascinated by this.’ So that’s a lot of the work we will continue to do. We will ask those questions over and over so they get better at refining that.”

Dawson, for one, welcomes the opportunity for continued exploration. “To have this groundwork and framework early on,” he says, “is something that I definitely won’t take for granted.” 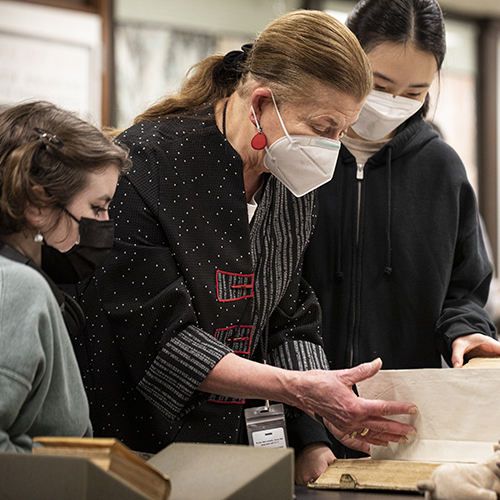 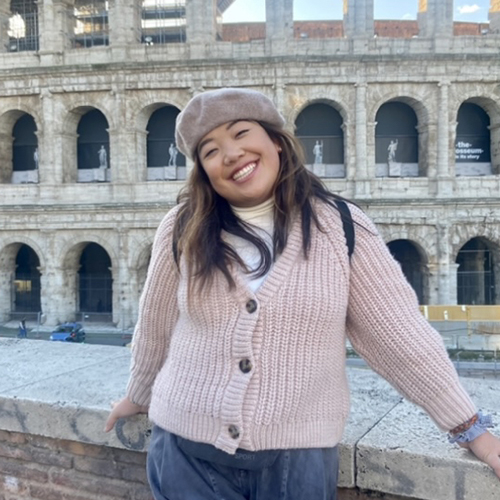