Ashley Paynter developed an interest in science in high school, thanks to a talented biology teacher who ignited her passion for the living environment. Her introduction to activism came a few years later, in college, as she delved into environmental protection advocacy. Now a doctoral student in the UW Department of Biology, Paynter has created a podcast and organization, Decolonizing Science, that pairs her science and activism interests.

Decolonizing Science is intended to introduce broad audiences to science from an inclusive perspective, with emphasis on the intersection of science, healthcare, and racial inequality.  Podcast topics have included COVID-19 in prisons, environmental racism, and Indigenous health equity.

“Everybody I interview for the podcast has their own unique contribution to the field of racial equity and justice,” says Paynter. “They come from diverse educational and cultural backgrounds, which allows them to educate the listener in an engaging and non-judgmental manner that is most conducive to scientific learning.”

Paynter created her podcast in part to create a comfortable space for new audiences to be introduced to science, but also for audiences with traditional scientific backgrounds to understand how research and healthcare are directly tied to many racial and socioeconomic problems in this country.

“There is this feeling that science is only for a certain group of people,” she says. “That is extremely harmful and counterproductive. I want to keep people from feeling like they can’t access or enjoy science because our mostly homogenous education system has told them that.”

That might have been the case for Paynter — who initially was intimidated by science and math — had she not encountered an inspiring science teacher, Angela Sterling, in her Manhattan public high school.  That experience led Paynter to apply to an after-school science program at New York’s American Museum of Natural History, where she learned from the museum’s scientists and collections.  She later participated in research through the museum’s summer Research Experiences for Undergraduates Program and as an undergraduate at Binghamton University.  As a doctoral student and member of the Promislow Lab, Paynter now studies cancer genetics using dogs as a model to understand predisposition to cancer— research that may lead to early detection of cancer in humans.

By all accounts, Paynter is a success story. Yet as a Black woman in science, she is acutely aware of inequities in science education and the healthcare field. She feels a responsibility to speak up despite many academics’ discomfort in doing so.

“What I notice happens is that Black people enter these fields and are often the lone Black person in a program,” says Paynter. “When they move up in their career, in order to be seen as professional and to be taken seriously, they feel they cannot advocate for their community. They must keep their head down. It feels like a decision must be made: Am I going to be a ‘good’ scientist, and present myself in a palatable way, or am I going to be the person who says Black lives matter now, and we have no time to waste?  I finally had to be honest with myself that my ideas around what being a ‘good’ scientist meant were entrenched in colonialism — which is quite common, as our institutions were created from that very same ideology. Because I am Black and proud, maybe I will never be a scientist in that way. I don’t get to do that and sleep at night, because my people need advocates who are scientists, doctors, teachers, and mentors. But I do get to be a different type of scientist, one who cares about defending their community more than publishing in a journal that isn’t accessible to most.”

One frustration for Paynter — and a reason her podcast is titled Decolonizing Science — is the frequent exclusion of non-Western perspectives in science education and healthcare. Everyone knows Charles Darwin, she says, but what about Black and Indigenous scientists?

“Our science education is extremely Western,” she says. “There’s not enough conversation about how different cultures have contributed to science in different ways. That makes many people feel very uncomfortable and not interested in pursuing science. I think our science programs can do a lot of work to expand and improve curriculums in a way that retains more students of diverse backgrounds.”

Our science education is extremely Western. There’s not enough conversation about how different cultures have contributed to science in different ways.

Through her podcast, Paynter hopes to fill in some of those gaps, with Black and Indigenous guests whose perspectives and lived experiences are rarely heard. She has interviewed a Black neonatal pharmacologist, an Indigenous scientist, a prison inmate, a Black Muslim biology student, and others with distinct and invaluable viewpoints. “I love learning about interdisciplinary science,” Paynter says. “That’s what brought me into this, and what brings me joy as someone who loves to learn.”

Paynter handles the scheduling of guests as well as all other aspects of the podcast. When asked if the process of writing, editing, and producing a podcast was hard, she jokes, “I’m getting my PhD in cancer genetics, so I can figure out how to put together a podcast.”

The podcast is just one aspect of Paynter’s activism. She also mentors Black students in her department, does mutual aid for local homeless populations to provide access to food and personal protective equipment, and is involved in local efforts to address racism in healthcare. She was featured in two episodes of the KCTS9 Crosscut series Hidden Barriers, which investigates how bias, prejudice, and discrimination pervade our healthcare systems. Her current focus is seeking justice for Kaloni Bolton. “Kaloni is a Black 12-year-old girl who was turned away from Valley Medical Center and died at another clinic after an exceptionally long wait to receive inadequate treatment for an asthma attack," says Paynter. (Bolton’s family shares their story on podcast episode #6.)

“Nothing will change if people like me don’t stand up and say something,” Paynter says of her efforts. “I don’t see how any real change will come if we can’t work together to disrupt the systems that harm us.” 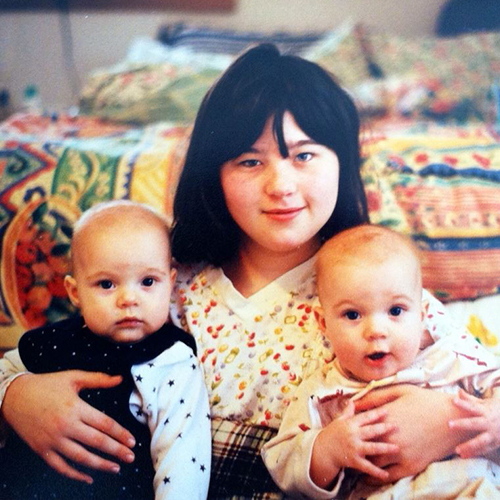