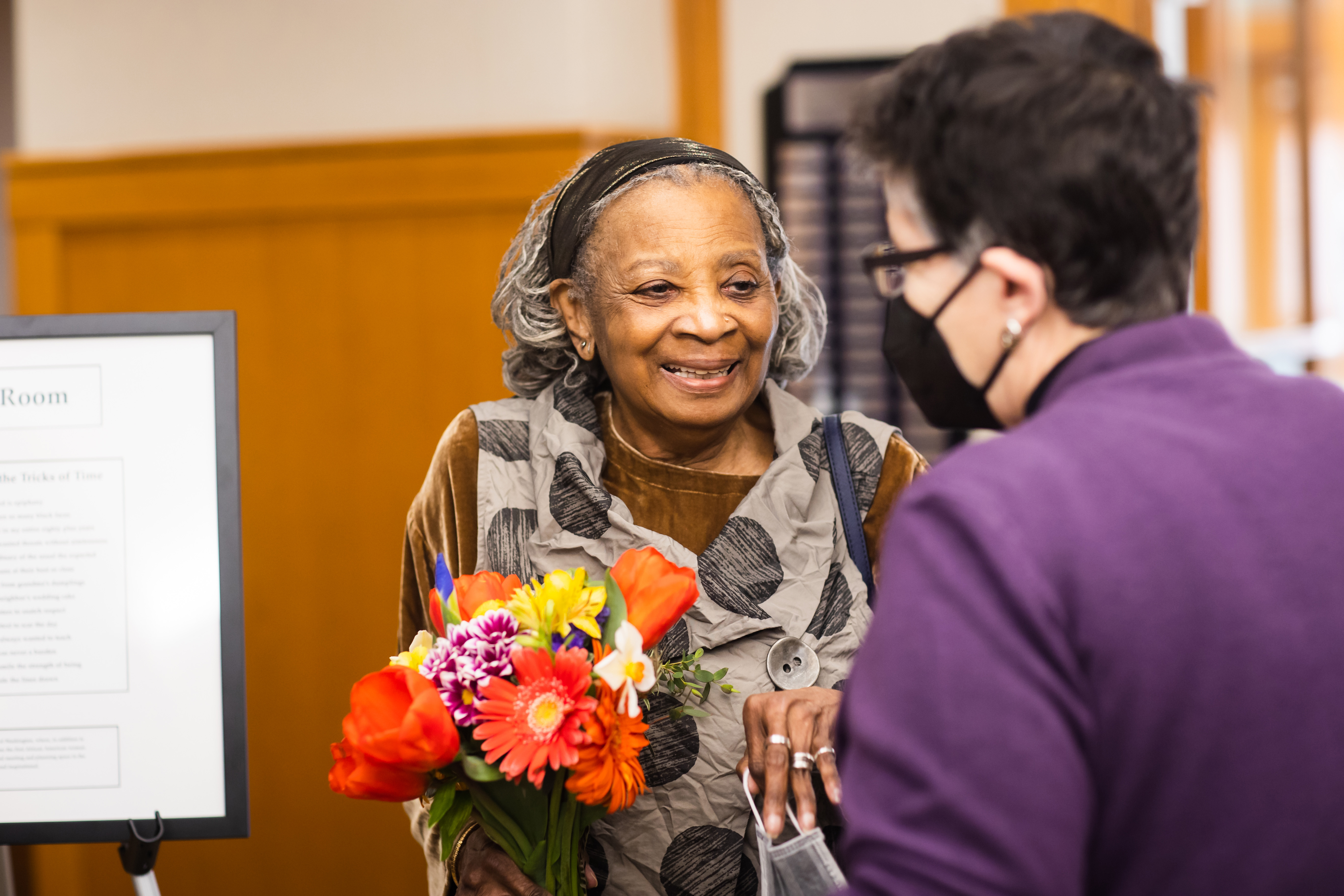 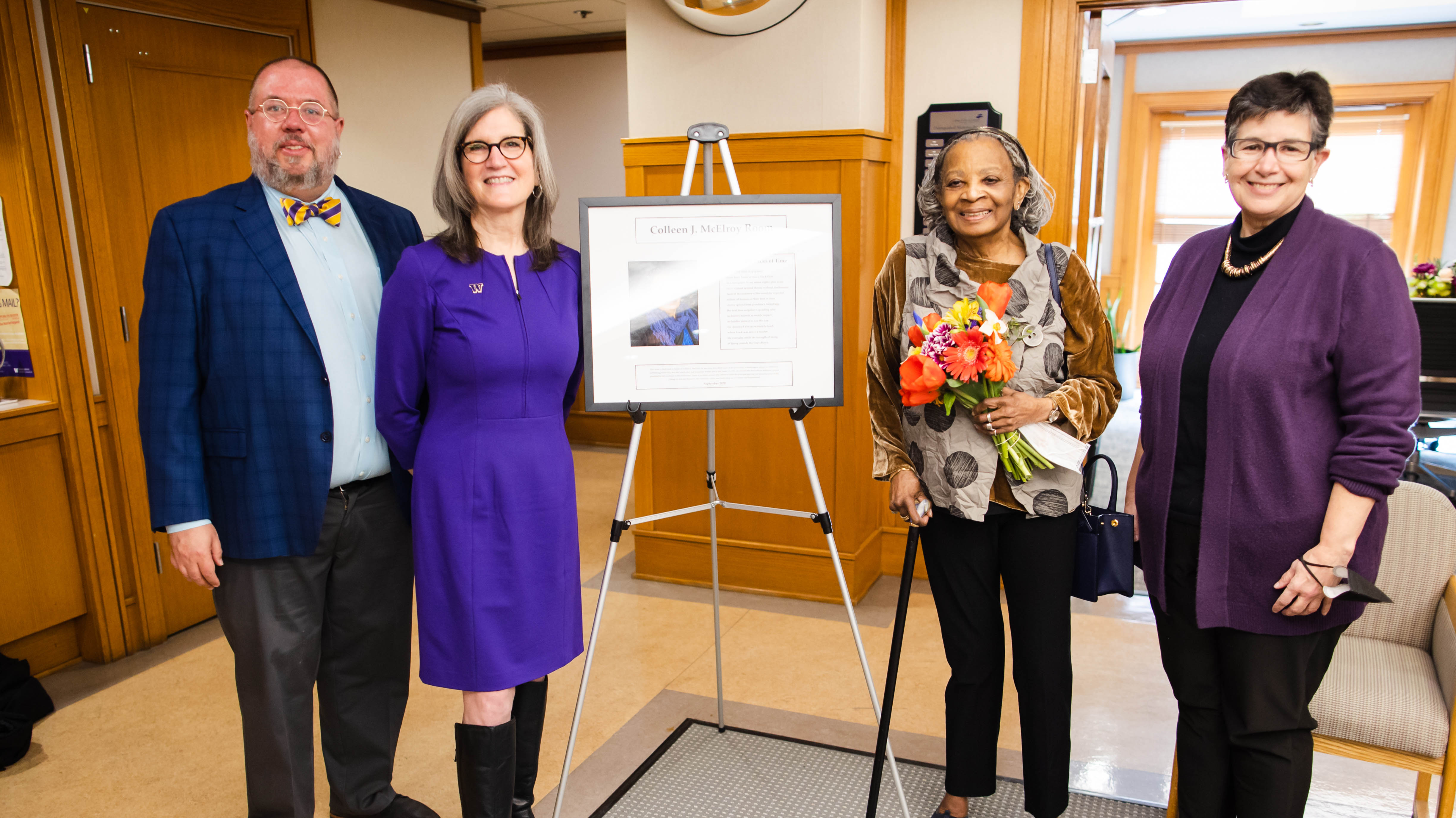 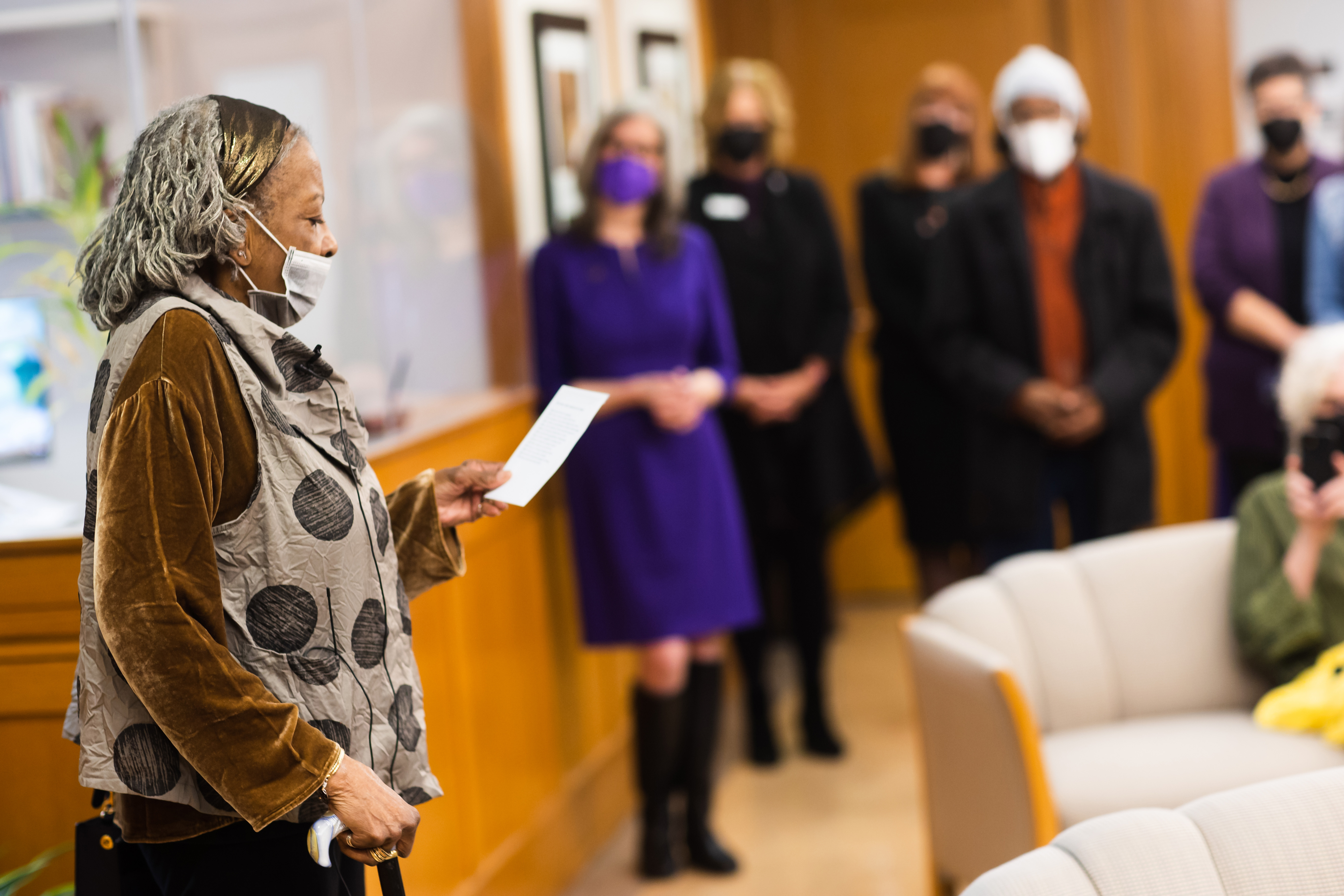 The main conference room in the College of Arts and Sciences Dean’s Office is now officially known as the Colleen J. McElroy Room. In a special ceremony on April 12, UW faculty and staff, and family, friends, and former colleagues of McElroy, professor emerita of English, gathered in the Dean’s Office to unveil a new plaque for the room. McElroy also recited a poem she wrote especially for the occasion.

McElroy earned her doctorate at the University of Washington and served the UW for over 30 years. When she became a full-time professor in 1983 she became the university’s first full-time African American female faculty member.

McElroy is the author of twelve books, including Queen of the Ebony Isles, which won the American Book Award from the Before Columbus Foundation. From 1995 to 2007 she edited The Seattle Review, and from 2007 to 2010 she served on the faculty of the Cave Canem Foundation.

“We can think of no better person after whom to name the principal meeting and planning space in our College,” said Brian Reed, divisional dean of the Humanities. “Her creativity, vision, and leadership are exemplary and inspirational.” As a Congressional intern in Washington DC, UW senior Lillian Williamson was immersed in historic — and contentious — events on Capitol Hill. 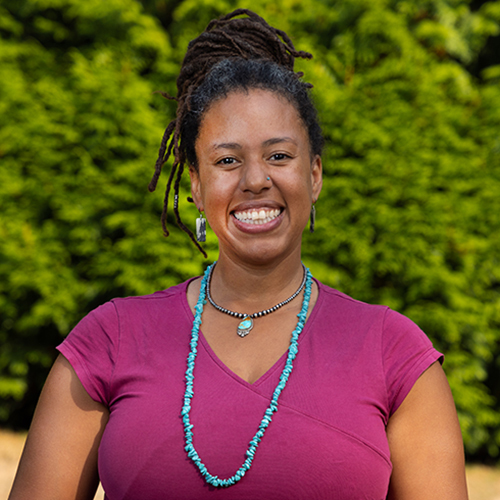 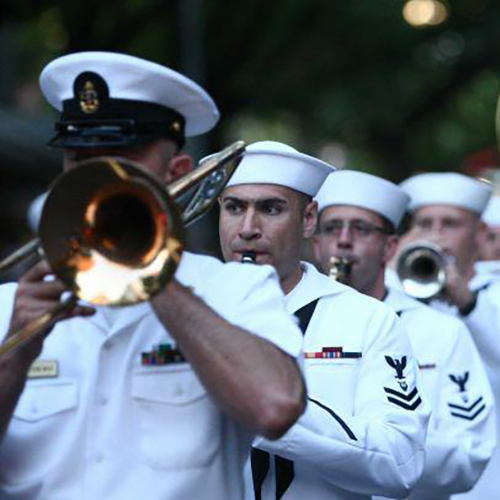 Making Music in the Military

Veterans of the US Army and US Navy found their way to the UW School of Music after serving their country as musicians.